ERS is a matching card game with war like elements and slapping where players attempt to gain all the cards of the deck before their friends do. Designed to be played with two to four players sitting around a table. This makes for a great time filling game for board game groups and those waiting for their food to arrive at a restaurant.

Hook Island - I found using only the hook shot for movement to be really fun, significally different experience from the full mobility experience. This mod reduces your fuel reserves to nearly empty, and the jet's power to nothing.

Bunny Hop On Trigger - This VR game has uses room movement to trigger jumps. The user must crouch down and rise at a decent rate. For both those that this is physically unconfirbable, and those playing seated, I add an option for the player to jump by a button press. For speedrunning purposes, I would consider this cheating.

Checkpoint Hopper - Normally, checkpoints are only used upon player death, returning you to the last checkpoint you touched. A common strategy is stop using checkpoints once the player has a checkpoint on the highest island, and purposely dying to get back up there and traveling where they want to go. This mod adds the ability to teleport between checkpoints that you have visited, provided you are currently at a checkpoint.

Map Retexture - I found the techie style texture for the map to look cool, but be functionally difficult to use. This mod uses one of the player model's textures instead, resulting in an opaque visual.

Positional Save State - For the use of speedrunners to learn a section, this mod allows the user to select their current location as a place to return to at any point in the future. It doesn't remember your speed, nor does it reset bosses, both of which have been requested by players.

Fall Damage Bad Mkay - Someone in the Discord jokingly asked for fall damage to harm the player. The game measures magnitude of collisions to apply visuals and sound effects. This mod taps into that. Anything larger then a medium hit results in being sent back to a checkpoint. 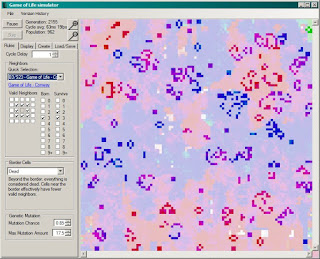 This project began as a tool to create a strong setup for Botania's Dandelifeon. Here is a video showing this Minecraft mod in action.
While creating the simulator, I quickly lost sight of my objective and enjoyed adding more features to the simulator. It supports dynamically changing rules (who are valid neighbors, born/survive neighbor counts), has genetics in the form of cell color, and tracks lineage (cell family age) and cell age (important values for the Dandelifeon). 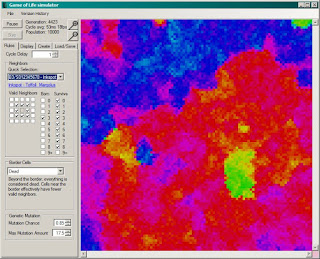 Choosing options that prevent cells from dying, as seen in the lower screenshot, can result in interesting patterns.
Windows EXE
Patch Notes
Jan 2016

Speedrunners is a game about out running your opponents. All the maps in the game are hand crafted, and the ones in use for rank are mostly well known. I like the idea of playing on random maps, where no one has ever seen the map before. This gives less value in memorizing routes of the popular maps, and gives value in figuring out routes during play.

See the attached album to see the progress this generator took as it was being created. I recall the generation taking less than a minute to make a looped level. There is still work to be done to make the levels more interesting, as all of the maps are limited to being a single tunnel. A major limitation I had was importing my data into the game to play with the maps. This limitation eventually halted development of this project.

I have a gallery of sample output that the generator makes in it's current form, error levels and all.
C#, Forms, JSON
Early 2015 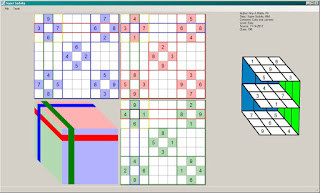 My father enjoys making puzzles. In 2012, he started making 3D Sudoku by hand (9*9*9 puzzles). Finding his tools primitive, I created a viewer to help him continue his craft.  Since he had a stronger tool, he began working on more complicated setups. As he advanced his craft, I enhanced the tool. By the end, the tool had a basic solver that helped answer a question we had, "How few clues could be required to solve a Super Sudoku?" 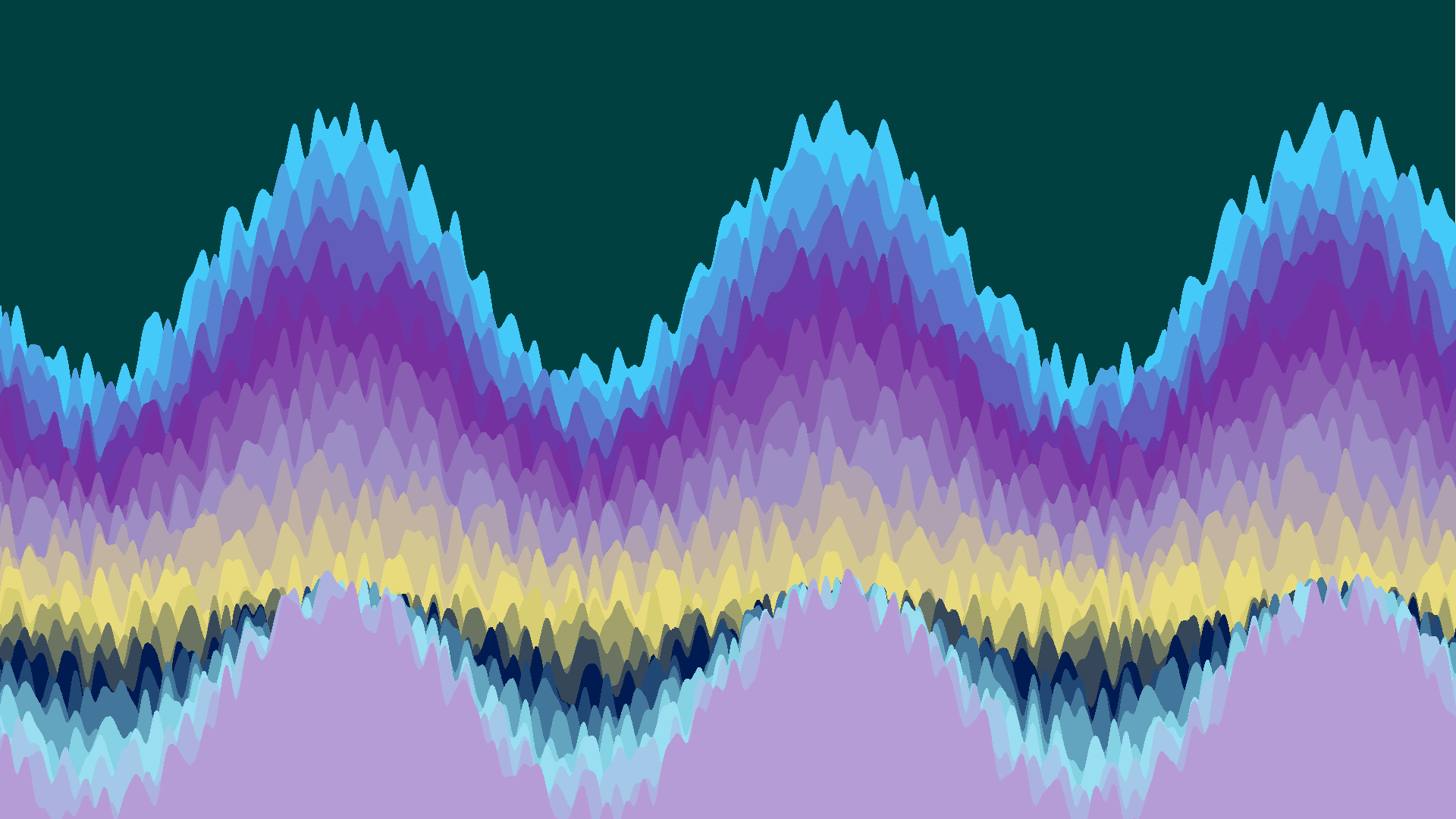 This generator of wallpapers was a fun art project. I have a gallery of many of the wallpapers that were generated. Twice a day, in my Discord, my bot post new random art waves.

This tool creates code based on a template for a given database table. I estimate that each time we used this at Pyramedium, we saved two days of work.
C#, Forms, XML
June 2010

This bot is an interface to many of my hobby projects.
Home Discord Server
Bot Invite Link
Dec 2017

A Particle Helper for Game Maker 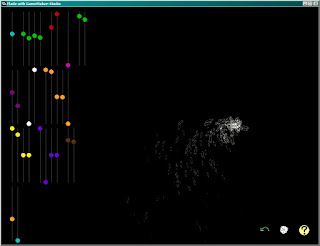 I have yet to see a particle system that didn't need to be played with. I wanted an easy way to alter the settings of a particle, allowing for exploration of possibilities. All of the particles used in my Match 3 prototype came from this tool.
Windows EXE
Source, Game Maker
Video talking about and showing off this project. A Match 3 prototype in GameMaker. I last worked on this in November 2015. I wanted the game to be modable, and found GameMaker's lack of nested objects a hindrance.
I put effort into making multi-move interactions work well, which is useless if the game was a turn based "only get 2 turns in a row if you match 4+" style.
Windows Standalone
Android APK
Video talking about and showing off this project. 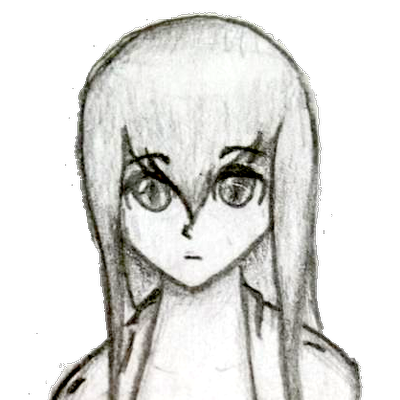 I enjoy taking a few letters and figuring out what it could be an abbreviation for. Being from Colorado, our license plates give ample access to 3 letter combinations to play this game with. To play this game with more players, I post daily a NTA on twitter. It considers the frequency that letters appear as the first letter of English words (about 50k words in the statistics dictionary) for frequency that a letter is chosen. I don't think Z has come up in the nearly 3 years it has been running.

Many games alter the resolution of a monitor as they launch. Each time this happened, all my neatly organized icons on my desktop would be shoved to one side. This was quite annoying to fix each time, so I figured out how to move shortcuts on a desktop, filtered them by file type and specific names to allow single button press organization of my icons. Alas, it no longer worked once I finally left Windows XP.
C#, Forms, XML
March 2011

EVE Online is a MMO in space. Where most MMOs separate large groups of players into separate servers, EVE has a single server for all players. There is a tool for EVE Online that helps players track their training within the game called EVEMon, short for EVE Monitor. At the time I wrote a blank template generator for EVEMon, it provided a means of importing data as a new character to edit. I utilized publicly available data to know what a base character would based on multiple options, and gave an XML output for users to import into EVEMon.

For my Senior Project at DeVry, I got the opportunity to develop a Student Retention Management system for use by DeVry Westminster. I wrote a blog during the development of SSS. It was my first full stack experience, building a site from the ground up.
VB.NET, SQL Server
Feb 2008

Sphere Break is a math mini game within Final Fantasy X-2. While creating this project, I learned about dynamic control creation. I don't provide a public download for this, as I don't feel I should.
C#, Forms
Download: Ask
Aug 2006

During CIS115, I needed something to work on while finished with the provided assignments, and UNO was it. It was enjoyable to figure out card shuffling, game management, and a simple weak AI.
C#
May 2006

Red Faction gave a great tool to create levels in. I previously wrote an article about my time using their tool.
RED Level Editor
June 2003

Links to Other Projects

Todo: Continue adding projects that have been made.

Projects to be added:
NUnit: TimeSandbox - A tool for testing variations of code for speed of execution by running each sample for a given number of seconds or cycles.
Fallout Caravan - Recreation of the Fallout: New Vegas mini-game as both a website correspondence game, and a text bot game.
Altitude Ladder site - Altitude Community contribution for displaying results of competitive gameplay.
IRCBot, TwitchBot

Hi. This is a copy paste of the template used above that was suppose to be hidden from you.